During thousands of counseling sessions and seminars, it strikes me time and again that decisions often follow a completely wrong approach.

In order to make a project promising, it is necessary to orient and shape it in a goal-oriented way. Let's compare it to the composition of a football team. Everyone will understand that it is not enough to buy arbitrary top players and hope that the team will win the championship. It's about forming a team and building a style of play that can be successful.

Each football team consists of a defense, a midfield and the attack. If a player is missing, it becomes difficult to control the game. If a team member is missing, the chances of winning the game are already extremely low.

The defense is the foundation. It gives the project the required security. Each project implementation should be based on the essential criteria and measures for the protection of companies and organizations.

Of course, any safety mindset should be reasonably related to the other necessary pillars of the project. A defensive team is unlikely to score or even win a game. That's why all parts of the team are important.

However, even in the planning phase the areas should be staked out, whose security requirements have to be considered for long-term success. So it is inevitable to control and monitor the cash flow. All activity and content must comply with applicable laws and policies. The permanent controlling of all processes, process modifications and market changes is more important in increasing competition than ever before. This requires making the right decisions when choosing the software and backend systems to use.

Just as midfield is the transition point of all activities between attack and defense, it is the content, platform, interfaces, marketing and advertising that determine the sustainability and success of an online project.

But ultimately, the result decides victory or defeat. Without attack probably no goals will fall. If you do not score, you can not win the game. That's why the effectiveness of online shops and booking systems, the conversion rates and the hit rate on success, mediocrity or failure are decisive for online projects.

Every project must be excellently positioned in all these categories. Every criterion and every single position is decisive for success.

How the priorities are distributed and which categories are weighted with the appropriate weighting is highly dependent on the particular projects and can vary widely.
For example, a project may be more ground-based to pay more attention to security-related issues.

A football team competing against a strong opponent will probably play more defensively and use fast strikers for the crucial counterattack.

In markets that are highly competitive and prone to fluctuations in cash flow, warnings, legal disputes and data loss, it makes sense to be open to a defensive mindset.

However, there are again markets where defensive behavior will never succeed. Sometimes it is necessary to increase the risks and to make the projects offensive, if not aggressive.
Even a football team, which must necessarily win the next game to save their chances for the championship, will do everything to score goals. A defeat or a draw will not be helpful. So you have to go all out and take the associated risks into account.

In fast-changing markets and in response to radically shortened product half-lives, companies and organizations sometimes have no choice but to be offensive. 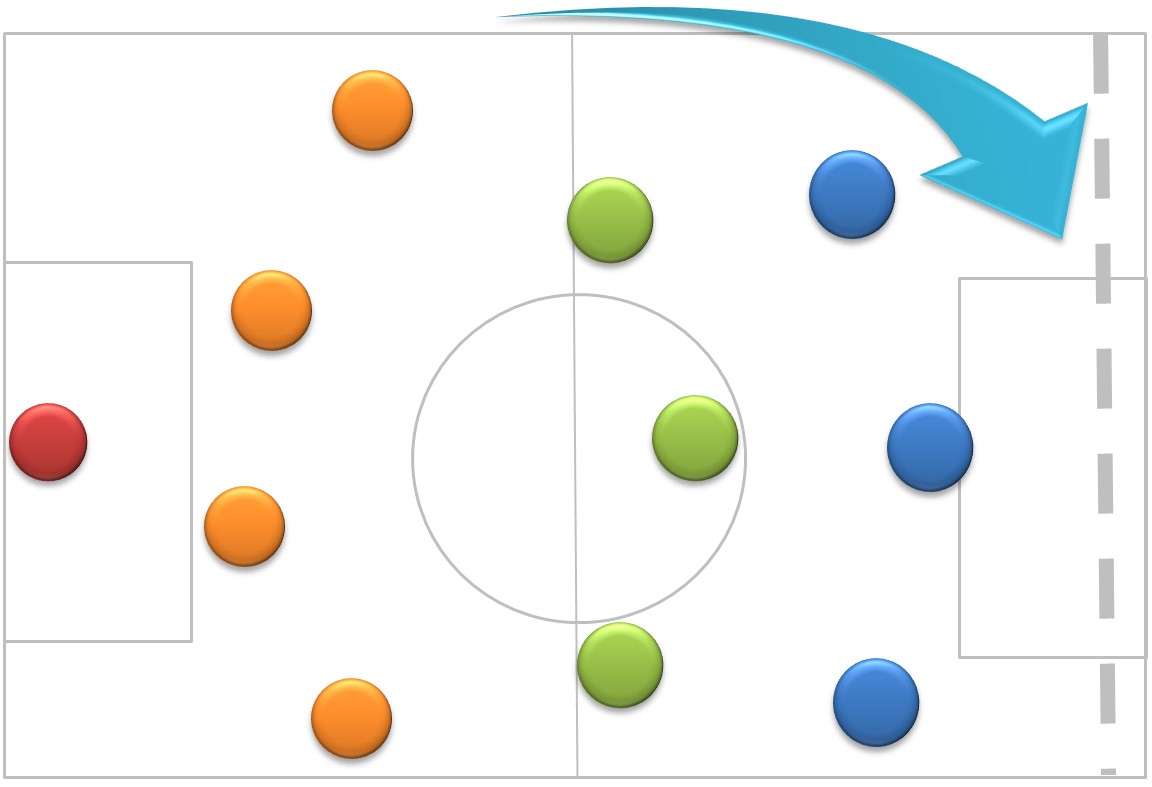 There is a shift in activities from the defensive to the offensive. Of course, the risks of susceptibility increase at the same time. However, this can be counteracted to a large extent with sound strategies. Sometimes there is nothing left to do but to win. Carrying out decisions and activities often leads to defeat.

Strong team leaders are in demand here, who, like rock stars, can take their employees along and advance the project. At the same time, it is sometimes not even that decisive how well the respective positions in the team are filled. Often success depends on the inspiration and motivation of the group members. The spirit of the team shapes the result.

The English football club Leicester City F.C. In the summer of 2014, he made the move from the second English league to the Premier League. At the beginning of the 2015/2016 season, the coach was questioned and mocked by the media and experts. But he did something unique. Claudio Ranieri was able to shape a team spirit that was more crucial than the qualities of each player. Leicester won on 16 May 2016, sovereign with eight points ahead of the big rivals, the English championship and made an English football fairy tale true.

Now consider the three areas of project realization. They are similar to the strategic planning, preparation and deployment of a football team. Success is always determined by the positioning and strategic orientation.

During thousands of counseling sessions and seminars, it strikes me time and again that decisions often follow a completely wrong approach. Not infrequently, they are influenced by subjective views of graphic artists and designers, whose main tasks are usually in the very easily understandable levels of the visual. But the success spiral in online marketing follows neither a cool design nor creative loner. Many of the successful portals on the Internet are characterized by their simplicity and stand out through really crucial factors such as conversion, revenue, traffic.

Let's compare that to our example of a football team. Who seriously believes that the cut of a dress, the color or the design of the player numbers and names on its backside have an influence on the success of a player or even the team? Of course we want to see our favorite team in the color of the team. But in the end we do not care if the shirts are red, white, green, blue, yellow or pink. We count the result, the goals and the victory. If the team wins, we might have accepted that the goalkeeper is wearing a bathrobe, while in the event of a defeat we would not be comforted by the greatest outfit of the players.

Is not it often the same with websites? We are looking for something on the Internet, then someday land on a page that graphically really makes something. Then we realize that the content is not usable. Maybe we'll be annoyed as soon as this happens more often. Even for the next supposedly great design, we waste more seconds of our time, just to wait for the page to be loaded. Sometimes we can then find the information you are looking for on a fairly simple page and are still satisfied.

The cause for the weighting of decisions depending on the design is from a psychological point of view and understandable. Design is visual and influences the decision of people in complex processes. It is far more complicated to select on the basis of visionary ideas and approaches. The analysis and prognosis of the markets of tomorrow, the orientation towards a target group oriented approach or the use of mathematical connections and algorithms often exceed the imagination of the decision makers. Therefore, you orient yourself by what you see and understand. How often do we make gut decisions when we buy a technological product. We orient ourselves by what it looks like and not by the technical parameters that we can not understand. Instead, we buy an illusion and hope to have chosen the right product. We then often find that it does not live up to our expectations, and then correct our subjective perception.

It is different when a visitor enters a website. He knows exactly what he wants. If the content is not interesting enough or irrelevant to him, it certainly does not hold the best design. Here it is soberly about traffic, targeting, customer loyalty and conversion.
share with friends

24.089 other visitors read also this items

The company TurboVision
The company TurboVision
We do not claim to be the best. That is what countless companies do in marketing too. With this positioning, we would not be more than a drop of water in the ocean, and that's not worth much. The best quality of our work and our products is a matter of course for us. But we differentiate ourselves from the masses in the mainstream with our products and services. Where traditional software and Internet solutions reach their limits, the human mind can no longer keep pace, we use artificial intelligence and create products for the management of data of maximum complexity at the highest mathematical level....
learn more

Consulting
Consulting
In recent years, we have trained and advised many thousands of companies, organizations and people. Very often, we found that some of them have no answers to the really important questions....
learn more

Projekt Management » Algorithms and Project Architecture
Projekt Management » Algorithms and Project Architecture
Classic websites have already passed their zenith. They will not be able to assert themselves in their original form over the next decade to form the foundation for a successful online business. In other words, the website, as most people still look at today, is dead - the future belongs to the algorithm and artificial intelligence. ...
learn more

Projekt Management » Online Project and Psychology
Projekt Management » Online Project and Psychology
We have been active in the area of ​​the Internet and the development of software for tourism, wellness, hotels, spas and spas for well over twenty years. Where traditional software and Internet solutions reach their limits, the human mind can no longer keep pace, we use artificial intelligence and create products for the management of data of maximum complexity at the highest mathematical level....
learn more