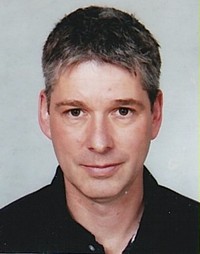 He has worked for clients and projects from more than twenty countries, including Western and Eastern Europe, the Baltic States, North America and the United Arab Emirates. In addition, he has so far set up five companies, in Germany, Slovakia and Bulgaria, out of nowhere and placed them profitably in the markets whose business areas are mainly geared to the online business. As director of the Bulgarian KI laboratory NextIQ, he coordinates all research work on the results of which numerous technologies have already been patented.

In the upswing phase of the New Markets at the turn of the millennium, he was offered support for the IPO by a group of investors for his company. Because he wanted stable growth and the company's mission was more important to him than an option on a multi-million dollar business, he denied investors. To date, the platforms developed by its company TurboVision are used by more than ten million people each year, and the company's customers have so far handled millions of dollars in sales through the system platforms. In 2014, his company was rated by the rating agency Bisnode with the highest rating Triple-A. As an active recreational athlete and triathlete, he is used to dealing with the toughest demands on himself.

Thomas Melde was inducted into the Oxford Encyclopedia by the 2015 Committee for Successful People, which honors his achievement for society.

Today, he conducts individual coaching and strategic consulting for companies throughout Europe. Since it is not so easy for many smaller companies to afford his consulting services, he has written many essential measures and focuses from the seminars in this Internet Project Success Guide. So with "change of perspective" you get a lot of knowledge and information from working with companies of all sizes at an affordable price. A must for anyone who wants to be successfully positioned on the Internet.